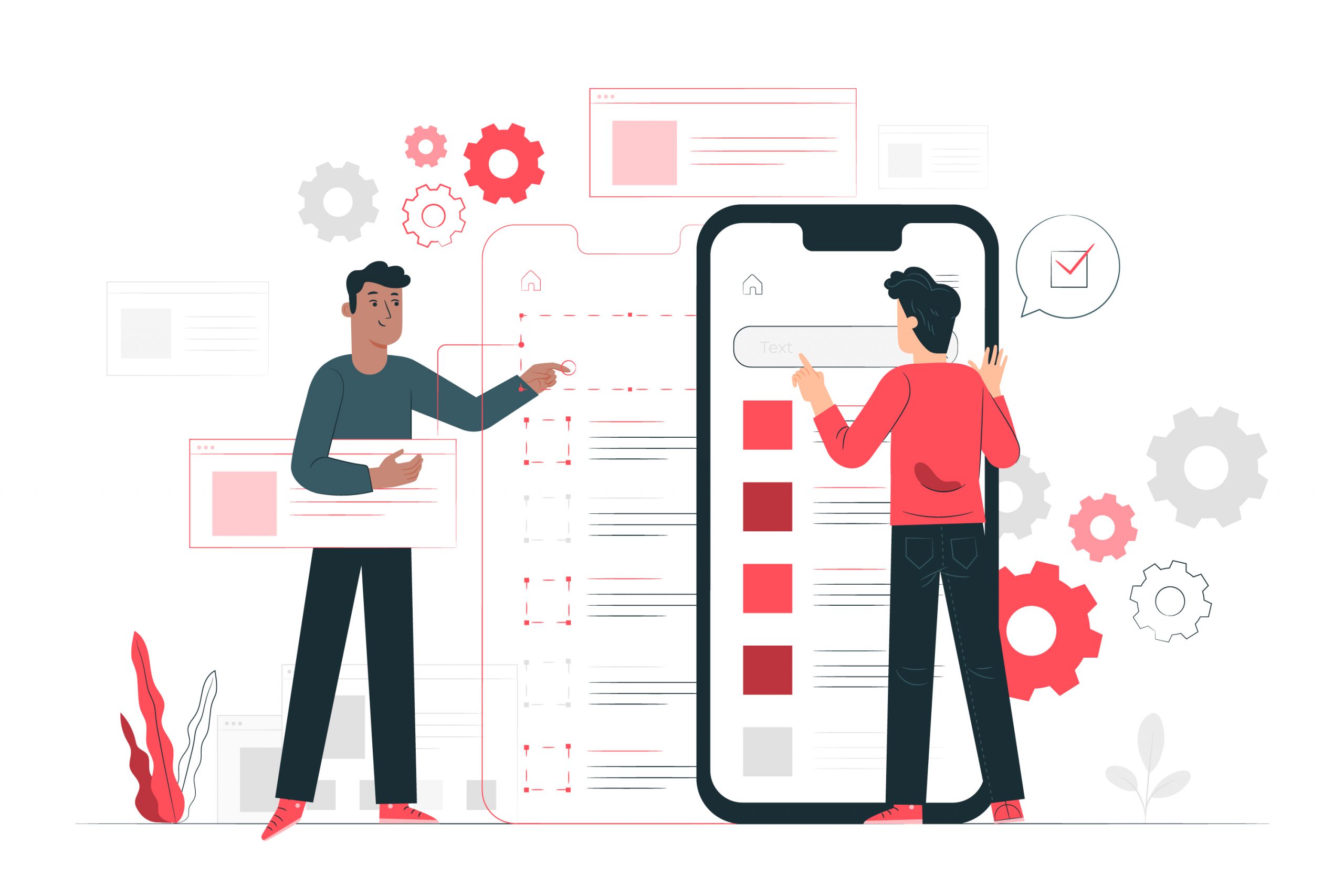 Introduction of IOS Developer and why they are needed

An iOS developer builds, tests, and refines apps for mobile devices that use iOS operating systems that are compatible with the objectives and standards of their client. They need to have a solid understanding of iOS and how it works with various Apple devices like the iPhone, iPad, Apple Watch, and Apple TV, and be able to remodel their applications to their client’s requirements.

There are lots of factors to be considered when designing an app that actually stands out and offers users an interesting and amazing experience. The first step is to hire the best iOS app developer and choose the framework on which your app will be developed. Many businesses are opting for iOS for good reason.

As an organization, you need software that has unique features; a high return on investment improves client satisfaction and offers users high levels of protection. All of this is provided by iOS apps.

Recruiting and choosing an expert iOS programmer is never an easy task. Most iPhone clients spend a significant amount of money on applications. Thus, the apps must be perfect.

Android is open source, unlike other operating systems. While it was originally built and released by Google (and is still maintained by Google), it is free and accessible to all.

Thus, many manufacturers like Samsung, Xiaomi, Huawei, etc. prefer to use Android over other OS alternatives. Why pay to license an operating system for your devices when a most popular and well-liked option is available for free?

Pricing also impacts Android users. Devices running iOS, such as iPhones and iPads, will be more costly than Android mobile devices. This makes Android more popular to a prominent number of users. Even in iOS-big markets like the U.S. and Australia, budget-oriented users are often attracted towards Android.

Other users prefer Android because it offers more assortment and choice. Unlike iOS, which is a very packed system, Android is more flexible. Even as iOS and Android achieve equality, Android is becoming an increasingly preferred option for mobile devices.

The latest news about IOS and Mobile App Development

In the new era of technology, mobile app development is also experiencing a dramatic revolution. Quick messaging application WhatsApp seems to be on a roll. One after the other, applications have been developing and testing features. As per the latest reports, the messaging app has plans to increase the time limit for its ‘Delete For Everyone’ feature.

Currently, the time limit is one hour, eight minutes, and 16 seconds. However, the app will increase this time limit soon from two days and 12 hours as per a report on WhatsApp features tracker WABetainfo.

When WhatsApp launches this feature, users will be able to delete their chats in a span of two days after sending them. Once the feature is rolled out, the “This was deleted by an admin,” message will be shown in place of the deleted messages, according to the report.

iPhone apps have been the center of concentration among mobile users. They are known to be top-notch quality and revenue-generating for businesses. Therefore, new companies, startups, and small businesses looking for a speedy ROI rely on iOS Application Development for their business. Thus, as a company, if you are planning the creation of apps to take your business to the next level of success then we are here to help you in growing your business.

IOS app adoption means the adoption of industry best practices to build high-level and secured apps. They help increase the productivity and effectiveness of business activities. Make sure to accurately explain the level of competency needed, also the prerequisites, experience, and credentials level required. If you would not want to bother yourself with the hassle of conducting interviews and looking for experts, you could indeed appoint an iOS developer from sensation and then get the best options that are available.

The determination to hire an IOS app developer will be decided by a number of factors. The company’s evaluating system, the field of expertise, and transferable skills are examples of these. You should also know that app developers who have started working in this field are bound to be assigned greater than others. For example, an iOS mobile programmer who has experience in developments in eBanking, eHealth, also Security software demands a higher salary than someone who has mainly finished eCommerce initiatives. Besides the field in which a candidate has worked briefly, there are some skills needed that all iOS software developers should need. These abilities will help them to come to terms with fundamental issues and proficiently control the design process.

Before hiring an iOS developer, you must consider factors such as ethnic past background, value systems, and professional attitude towards work, in addition to skills and experience. This will help you in determining whether or not such a proposal will be a great accomplishment. There are many designers who claim to be the best, but some prefer working individually and will not suit well with a squad. Combining such individuals and endeavoring to implement them with others might cause some confusion, which will have a significant effect on advancement. Your developer should also possess the other soft skills listed below.

Conclude based on the developer’s past projects

When it comes to selecting an iOS designer with experience in the same field, it’s like playing gambling. If a developer has worked on similar-sized and organized projects in the past, they will need less time to meet the requirements of your venture and move forward in the right direction. There are three types of developers: Entry-level, intermediate, and most experienced. The main distinctions between these three are based on how much experience a developer has working on various tasks.

The ability to adapt to the environment

In recent years, a user’s social fit is turning into a progressively essential factor to consider when hiring an iOS developer. Regardless of how proficient and experienced an applicant is, there is always the prospect that they will not be able to flawlessly coordinate into your existing workforce and, thus, your necessities. Some of the most experienced individuals dedicate themselves to work and give attention to learning and cohere to the firm’s customs and ethics.

So, if you don’t have or plan to build an iPhone app for your business, then a reliable iPhone application development company like sensation solutions can help. We build apps that are ready to meet the requirements of both clients and employees. Further, they enhance communication and coordination as well. So, what are you waiting for? Get in touch with us at contact@sensationsolutions.com. Our dedicated team can help you with the ability of a bespoke iPhone app that can boost your sales and take your business to the next higher level.

Let’s Success For Your Business!